CANDY ~Can U be my BABY~/中島健人 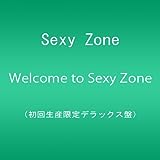 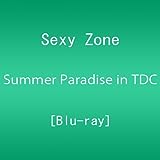 I made a questionnaire about "Johnny's seen from abroad" for my presentation in the university. In the class, students make presentation about Japanese pop culture seen from abroad, and I chose Johnny's as my theme. Over 554 international fans from 48 countries filled out the questionnaire. I was very glad, and all answers helped me a lot. Thank you very much for your cooperation.

(This is the same article wrriten in Japanese. 日本語の記事はこちらです。)

I promised that their answers were used only in the class, but many people asked me to publish the results, so in this article, I write a summary and my consideration of it. If you are unhappy with this article, please tell me. I will stop opening it immediately.

Q.2 Are you male or female? (You can choose “others” also)

Q.5 Who is your favorite Johnny's talent?

Q.6 Which is your favorite Johnny's group?

Q.7 What is the opportunity when you came to like him or the group?

Q.8 Do you think Johnny's are famous in the country you live in?

Q.9 About question 8, why do you think so? Please tell me the reason in detail.

Q.10 Who do you think is the most popular Johnny's talent in the country you live in?

Q.11 About question 10, why do you think the talent is popular there? Please tell me the reason in detail. （For example, the TV program he appears is being broadcast.）

Q.12 Which Johnny's group do you think is the most popular in the country you live in?

Q.13 About question 12, why do you think the group is popular there? Please tell me the reason in detail.
Q.14 What do you think is the good way for Johnny's to win popularity in many countries?
Q.15 As the Johnny's fan who lives abroad or who is from abroad, what do you request to Johnny's company?
Q.16 Would you like to tell us more in your own words? If so, please add any comments.

To sum up this questionnaire, I pick up and focus on some questions.

As for participants' age, many answerers are in their twenties or teens. I collected answers on Twitter, so many young people participated in, but I think there are also many elderly fans in the world. In addition, many fans from various countries cooperated with the questionnaire. They are from Indonesia, Thailand, Japan, Philippines, Malaysia, USA, Singapore, China, Taiwan, Spain, France, Australia, Saudi Arabia, Russia, Canada, Italy, Germany, Mexico, Holland, Korea, UAE, Chile, Brazil, Ukraine, Switzerland, Poland, and some other countries. I was surprised and moved that there are a lot of Johnny's fans all over the world.

As for their favorite talents, members of ARASHI are popular as I expected, and the most popular member is Sho Sakurai. This was not an election, but I made a kind of ranking. Can you expect the second talent? The second most popular member is Ryosuke Yamada from Hey!Say!JUMP. The third is Satoshi Ono, the fourth is Jun Matsumoto, the fifth is Kazunari Ninomiya, the sixth is Masaki Aiba, and the seventh is Tomohisa Yamashita. The eighth are three members, Yuri Chinen, Daiki Arioka, and Kei Ino from Hey!Say!JUMP who have same numbers of funs in my questionnaire. It is the same tendency as Japan's one that ARASHI members and Yamashita-kun are popular, however, I was surprised at the popularity of Hey!Say!JUMP. Hey! Say! JUMP has held concerts in some Asian countries, so I think that is one of the reasons of their popularity. In addition, I can understand from a later question why Yamada-kun is so popular abroad. Some answerers wrote that Johnny's are moderately famous in their countries because people, who are interested in Japanese pop-culture such as animation and comics, are also know Johnny's. Yamada-kun has acted in "Ansatsu Kyoshitsu" ("Association Classroom"), "Kindaichi-shonen no Jikenbo" ("The Kindaichi Case Files"), and he will act in "Hagane no Renkinjitsushi" ("Fullmetal Alchemist"). He became famous because of these movies and dramas that are originally comics and animations.

I was also surprised that KANJANI-EIGHT and Kis-My-Ft2 are not so popular in foreign countries. In Japan, these two groups are very famous and popular because they always appear in variety shows on TV. However, I knew from the questionnaire that Japanese variety shows are not broadcasted in foreign countries, so many international fans have found Johnny's members from dramas such as "Hana-yori-Dango" ("Boys Over Flowers"), "Nobuta-wo-Produce", and "Gokusen". Therefore, international fans tend to like Johnny's talents who appear not in variety shows but in dramas.
Another common opportunity they became Johnny's fans is watching videos that are uploaded illegally on web sites. Johnny's entertainment (JE) has a strict regulation of the rights to their portraits, so they do not distribute videos officially, but if foreigners can watch Johnny's on videos on the Internet, the number of international fans will increase.

According to the result of the questionnaire, Johnny's are moderately famous in some countries in Asia, in contrast, they are slightly famous or not famous at all in Europe and other many countries. Why aren't they famous? As the reason for it, a lot of people wrote that K-POP is more famous and popular than J-POP in their countries. K-POP is popular not only in Asia but also throughout the world. In terms of this trend, I investigated and considered for myself. In my opinion, it was caused by two main reasons. The one is the difference of the way to produce talents, and the other is the cultural difference in the value of perfection.

Firstly, there is an obvious difference between K-POP's style of producing and Johnny's style. *1 Korean market is smaller than Japanese one, so it is necessary for K-POP to find markets abroad and expand overseas. Korean government has promoted the cultural industry. In order to win the popularity abroad, K-POP talents has used Social Networking Service (Social Media) and official videos on YouTube, and they has gotten a lot of international fans. Using SNS (SM) and YouTube is a good and easy way in our time, but as I wrote, Johnny's do not use them because of the strict regulation of the rights to portraits. Hence, it is natural situation that K-POP is more popular than Jonny's in the world.

Secondly, I think this trend is related to the cultural difference in the degree of perfection of their performance. In Korea, there are many training schools for aspiring K-POP singers, and it is said that K-POP singers have to experience long and hard preparatory training period there, so their performance is perfect even soon after they make their debut. On the other hand, some Johnny's members made their debut without long training period as Johnny's Jr., or some members who had not been interested in debut happened to debut, so they cannot sing and dance well at first. However, a lot of Japanese fans like to support young and inexperienced members. Why? Japan has a culture of feeling "incomplete" or "unfinished" thing is beautiful, and Japanese people tend to think "process of growth" is important. For example, it is said that Japanese people feel cherry blossom in half bloom is more beautiful than in full bloom, but many foreigners do not think so. As this example, Japan has a culture of incomplete beauty. *2In addition, in Japan, people regard process as important as result. This is a chart which shows the degree of process orientation.*3

Countries on the left side attach great importance to process, and countries on the right side do not regard process as important. Korea is on the opposite side of Japan, and many countries do not think process is important. (Needless to say, people who regard process as unimportant do not always want only perfect results.) This chart is one of the references to show Japanese people's idea about process. Japanese fans want to see the process of Johnny's member's growth, so they support even inexperienced members and also like their immature performance. I think their imperfect performance is not accepted by people in some countries that like perfect or complete one.

As for the question which asks the good way for Johnny's to become famous in the world, many people answered that they should use SNS (SM) and YouTube, but some people said that they do not want to be famous in their countries because they enjoy going to Japan for concerts. They think it is fun for them to make efforts to see Johnny's or to buy their goods. In my opinion, this idea is same as Japanese fans who want Johnny's to be an untouchable existence. I think using YouTube is the best and easiest way to get more international fans, but while international fans want to enjoy Johnny's SNS, many Japanese do not want Johnny's to use it because they do not want to be too close to them. Many Japanese fans only want Johnny’s to be beyond their reach. This is in a dilemma.

In conclusion, although Johnny's are very famous and popular in Japan, they are not famous at all in many countries around the world, and JE has to change and improve their system to produce Johnny's in order to make them to be more famous in the world. While there are many problems for international fans, I felt their spirits or love to Johnny's are same as Japanese fans. I like Johnny's fans themselves because they are always ardent. Thank you for your passionate opinions. I am so excited that Johnny's fans' spirits are common all over the world.

This is the same article written in English.